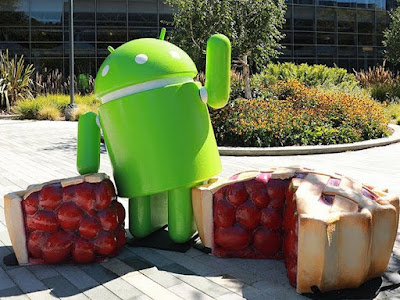 After putting Android users through four beta updates of Android P, it would seem that finally, Google has announced what the ‘P’ in Android P actually stands for. In line with all its other Android versions being named after a dessert, Google has named Android 9.0 as Android Pie. Yeah, it’s not peppermint, popsicle or pakoda, although it would have been really appreciated if the last one was used.

As of today the stable build for Android Pie is official and is currently available for all the Pixel smartphones. The Essential Ph-1 is also getting Android Pie from today. It is expected that in the coming months all the devices that had been signed up for the Android P beta program including the OnePlus 6, Oppo R15 Pro, Vivo X21 and more will be getting the Android P update first.
How to download

As per Tomsguide, here’s how you can download Android Pie on your Pixel smartphones.  If you are a Pixel or a Pixel 2 user, click on this link here. However, you will need to install the Android SDK Platform Tools package on your PC to interface it with your Android device. A word of caution, since this is a manual installation of the Android P, there are chances that the process may go wrong and your data might be erased. Follow these steps at your own volition.

1) After downloading the OTA Images from Google’s developer website, move the file to the internal storage of your device.
2) Setup an Android Debug Bridge (for instructions on how to do that click here).
3) Upon command prompt on your computer and Reboot to recovery with the following command: adb reboot recovery.
4) Hold the Power button and press Volume Up once to enter recovery menu then select the option “Apply update from ADB”.
5) Run the following command:  adb devices  and after de
6) Load the OTA with the following command adb sideload
7) After the update, reboot your phone by selecting Reboot System Now.
We recommed that instead of following such a lenghthy procedure you could wait like a normal human being till the update is available OTA.

So what is new in Android Pie?
Google gave a lot of insight regarding Android Pie during the I/O developer conference back in May. In terms of new UI elements, Android P is bringing in the notch support owing to a flurry of Android devices being released with a display notch.
There are also all-new gesture-based navigation controls on Android Pie and there is also a brand new UI for the recent apps option. A small bar is present at the bottom, not unlike the iPhone X bar, which upon being pressed will open a horizontal line of recent apps.
Google had stressed on a host of new AI features that will be included in Android Pie. An example of this is that Android Pie will learn how you use your phone and optimise battery life accordingly. It will predict the apps that you need and then prioritise power to apps accordingly, especially to background tasks.

Apart from that Android P will also have an Adaptive Brightness feature which learns your brightness preferences and fine-tunes its response accordingly. Android P will also learn to anticipate the apps that you’ll need and help you “get to your next task more quickly”.
Google had also made Digital Wellbeing a major point during its I/O keynote. Android P has an all-new overview of your interaction with the phone. Here, you can see how long you spent on the device and what you were doing in each app. It’ll even tell you how many times you’ve unlocked the android cell phone and more.

How To Hack Smartphone Without Any Coding

androidtechnews - February 7, 2019
0
In order to be productive and to keep track of all our daily tasks, we need to have a proper to do...

How to Get Instagram Music: Isn’t Available in Your Region?

How To Find Your IP Address On Your Smartphone (Android &...