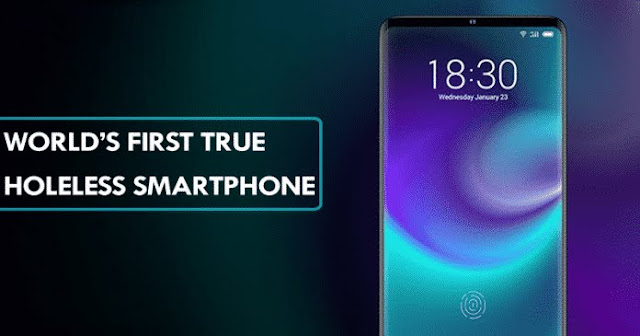 We all know very well that if we want a futuristic smartphone then we have to keep one thing in our mind that to do so simply we will have to pay a considerable amount. Hence, to surprise the whole smartphone world a well-known Chinese smartphone manufacturer has just launched the world’s first true holeless smartphone.

Basically, if you already want a futuristic smartphone then keep one thing in your mind that to do so simply you will have to pay a considerable amount of $1299. However, if the Chinese brand can raise $100,000 then the company will simply start mass production of Meizu Zero. For now, it is just probing the market and consumer interest in its latest device.
But, apart from all these things for a technology company, especially for a manufacturer of mobile devices such as Meizu, we believe that this goal can be easily achieved. If this happens, anyone who has contributed a significant amount will receive this futuristic smartphone, Meizu Zero immediately.
Now many of you might be thinking that what so special the all-new Meizu Zero offer? Basically, here we have a smartphone with top technical specs, characteristics, and a robust built quality which is done with pure ceramic without any hole and button.

While now if we talk about the camera segment then let me tell you all that the all-new Meizu Zero will feature a 12MP and 20MP rear cameras and on the front we will have a 20MP selfie camera. So, what do you think about this? Simply share all your views and thoughts in the comment section below.

androidtechnews - February 12, 2019
0
The past couple of years in Google design can be summarized as this evolution: adding colors, then making things whiter, then offering a...

How to Edit Music Tags on Android Phone