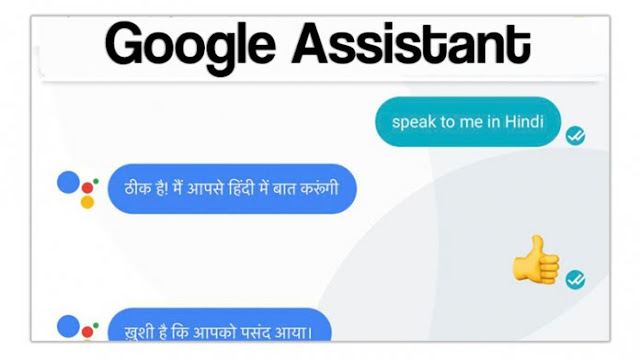 Google made its AI-based messaging app, Allo, more accessible for Indian users by extending support for the Hindi language in the app.

Now You Can Speak With Google Assistant in Hindi.

As we all know, Google launched their messaging app Allo after repeated attempts to create another application for successful communication as Google Talk and Hangouts. We all know that Google also can give a tough competition to instant messaging apps like WhatsApp, Telegram, and Messenger.
We have also talked about all the Google Allo features and also discussed some of the reasons why the new Google Allo smart messaging app can dominate WhatsApp. The major feature that Google introduced was Google Assistant.
Google assistant is the reason why having this app is like having your own personal assistant. With help of Google Allo, you can search for hotels, flights, Movie theaters and lot more things directly from the app.
However, Google has just introduced and important update to Google assistant which give its AI an ability to understand and respond in Hindi. Google doesn’t only add support to the Hindi language it also added support for Brazilian and Portuguese too.
So, if you need to use the Assistant in Hindi, just open Google Allo app and open Google assistant and just type “Talk to me in Hindi” . Now you will see the Google assistant will talk and reply you in Hindi. The smart reply will show suggestions in that particular language only.
Amit Fulay, Group Product Manager of Google said “Since it’s launch, Google Allo has received the tremendous response, especially in India, which has one of the highest numbers of Google Allo users. The Google Assistant, in particular, is one of the most loved features in Google Allo – one in every 12 messages in group chats are messages to the Google Assistant. We are enthused by this and today’s launch enables us to extend these features to the next millions of users in a language of their choice.”
[appbox googleplay com.google.android.apps.fireball]
So, are you going to use this feature right now? If yes, share your experience in the comment section below.
Sending

How To Schedule Silent Mode In Android

Toyota is finally adding Android Auto support, starting with its trucks and SUVs

How to Forward Telegram Messages without Forward Tag ?

How to View Hidden Files and Folders In Android